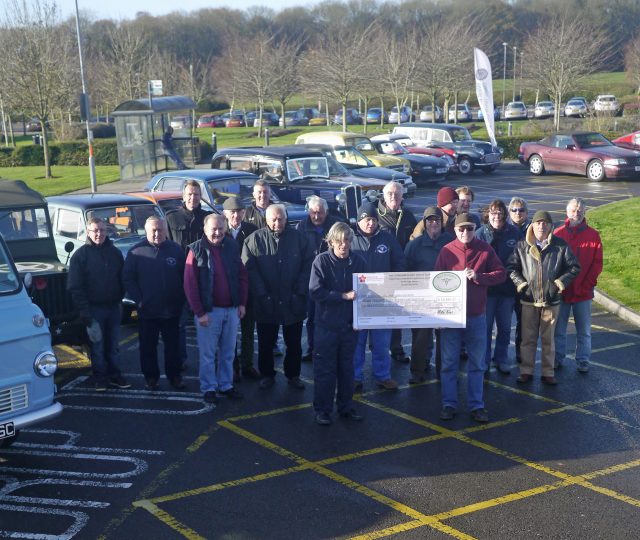 WBCVC members present a record donation to the Leukaemia and Lymphoma charity Bloodwise. The cheque for £15,396, raised at the club’s annual vehicle show held in August 2015, was presented by WBCVC Chairman Mike Kent to Les Taylor, the outgoing chairman of the Bloodwise charity in Newbury. Also present were WBCVC Show Co-ordinator Richard Huntley, Steve Long and Jim Sallis from Newbury College who helped host the event, along with a number of WBCVC club members and a selection of Classic Vehicles.

Thanks go to everyone involved including a large team of volunteers from WBCVC, the Newbury Lions club plus huge public support on the day. The 2016 show is already scheduled for August 14th so put the date in your diary and join us to raise more for charity. Details of the event can be found on the show page. 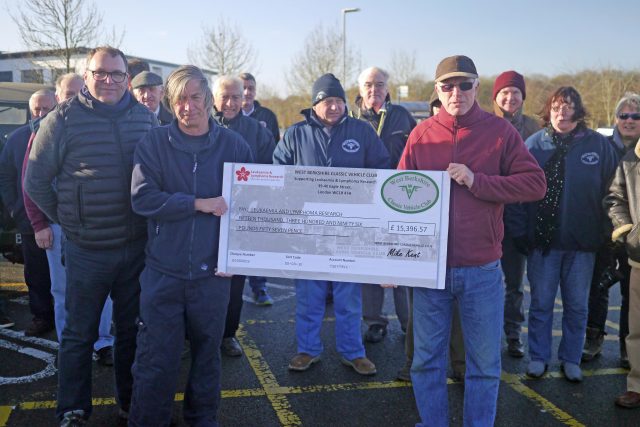