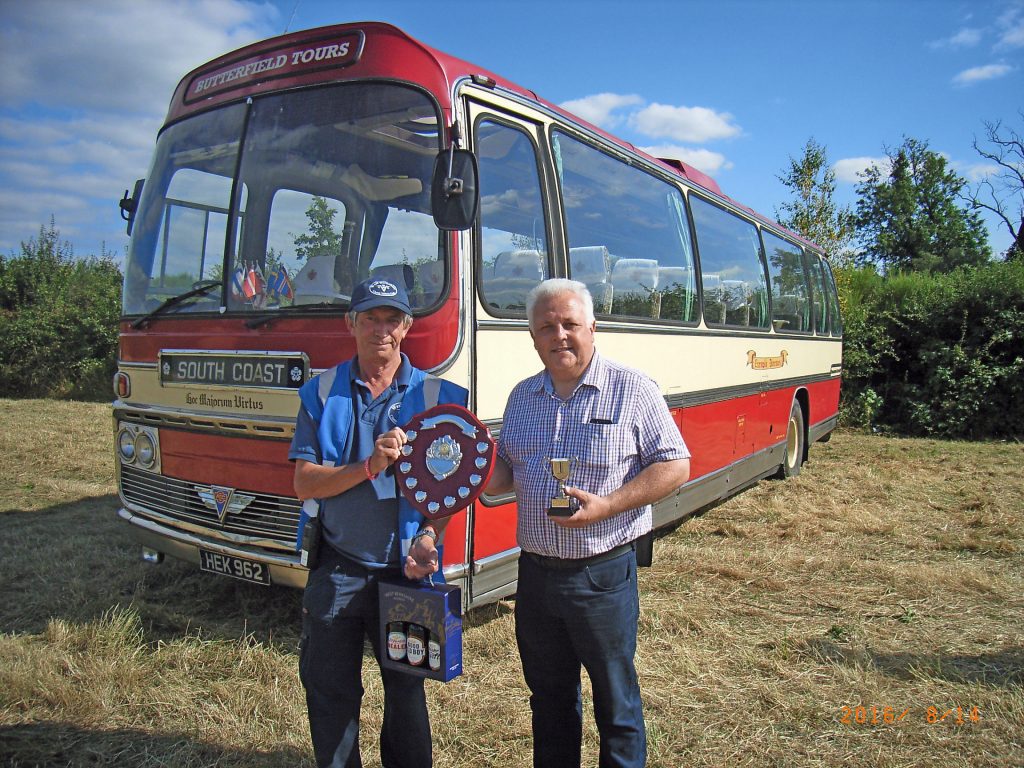 The vehicle is owned by Nigel Humphries of Headley. The coach was first purchased by Smith Tours of Wigan.
Nigel was totally delighted with the award. He first thought that Mike was approaching him to tell him he had parked in the wrong place!